I've been really keen to try Device Guard out lately and I finally rolled up my sleeves and used Matt Graeber's excellent guide found at:

All this work is based on his work and full credit goes to him. I wanted to write this post in case someone finds themselves in the same situation I was in; simply wanting to get familiarized with Device Guard using their own mini home lab. Using VMWare Workstation with Device Guard won't enable every feature available in Device Guard, but it's a good starting point to get familiar with deploying policies and just getting a general feel for the technology.

After following Matt's guide - VMWare tools refused to function and I want to outline how I got them working again using his posts and some Microsoft documentation.

I'm going to start off assuming you have followed Matt's steps and have a system deployed with Device Guard but with VMWare Tools in a non working state. The culprit, it seems, is sigc-2.0.dll 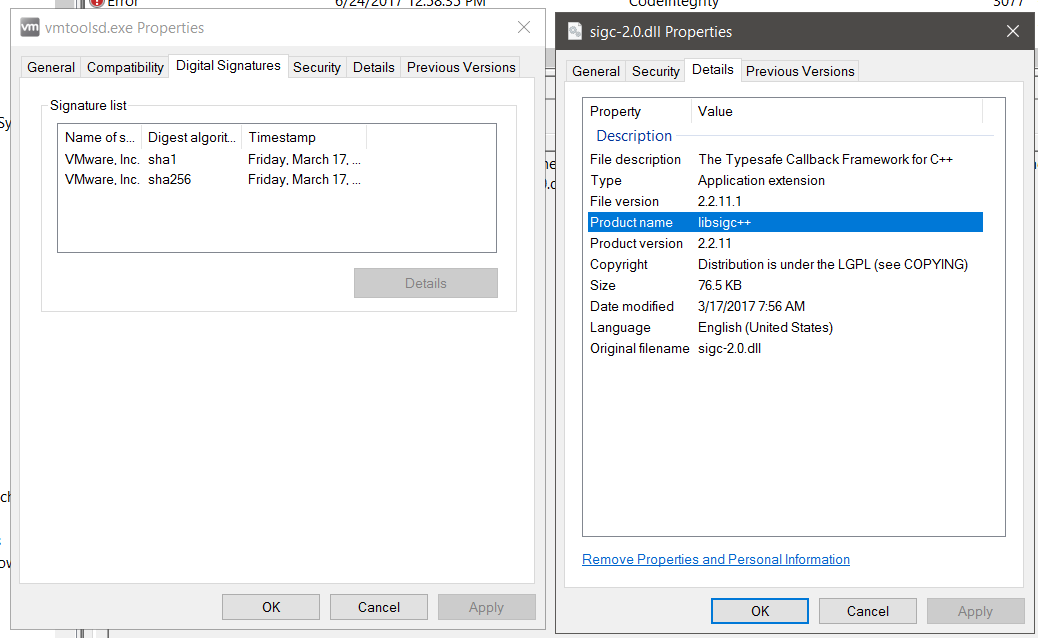 It looks like that particular dll isn't signed which doesn't jive with our originally created policies.

From this point we have to create a new policy specifically for VMWare tools which we will merge with our master policy. I used the following code:

Taking a peak at the policy that was generated, we see hashes generated for the various dll's within the VMWare tools folder, including our sigc-2.0.dll:

This simply sets some variables with our path, including the original policy we used and our new VMWare Tools policy, the Merge-CIPolicy cmdlet is used to merge the two policies into one "Master Merged" policy. We then need to convert this policy and apply it, here I used Matt's code again, from his "Phase #4" portion ( http://www.exploit-monday.com/2016/09/introduction-to-windows-device-guard.html ) - I just changed the relevant variable in the following line: